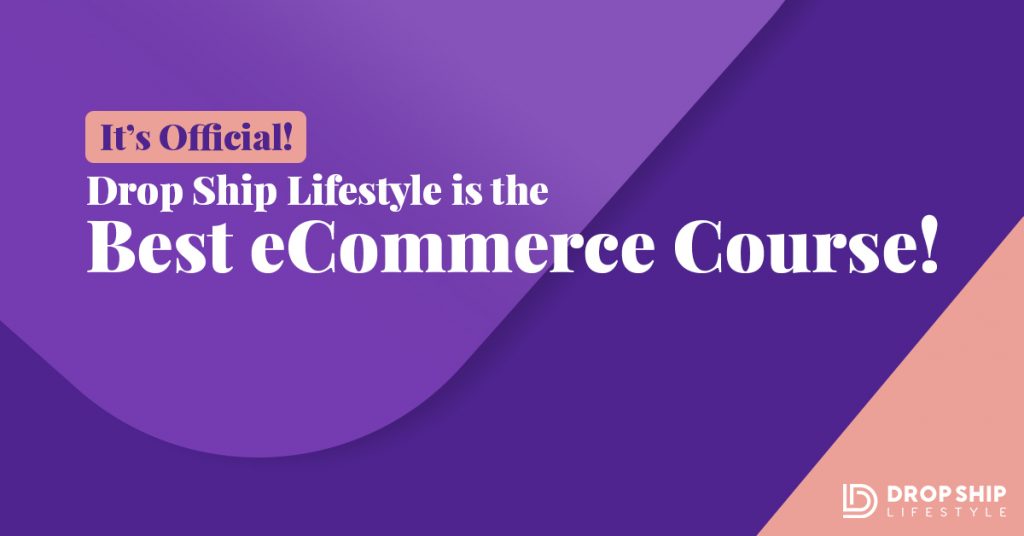 It’s official! Shopify has released the winners of their annual Commerce Awards and Drop Ship Lifestyle was voted as the “Best eCommerce Course” in the industry!

New this year was the “Best eCommerce Course” category in which Drop Ship Lifestyle was voted as the winner! In the newest Commerce Award category, Shopify was looking for the best in user-friendly, educational, and inspirational eCommerce courses.

Voted by Shopify as the “Best eCommerce Course’ in the Industry!

What was cool about this “Best eCommerce Course” award is it's not something that we actually were able to talk to our DSL community about. We couldn’t send out an email and ask members and friends to vote. That’s because it was voted on by expert judges chosen by Shopify, I should say.

Below is this quote from Ezra Firestone, he was one of the judges that chose us to win “Best eCommerce Course”.

“The content being divided by skill level and student goals was a big win,” said Ezra Firestone, judge panel member and CEO of Smart Marketer said about voting for us. “Loved that they [Drop Ship Lifestyle] had supporting blog content and a good amount of authority.”

Again, just wanted to say thank you from myself and the team, not just to everyone here, but to all of our drop shipping coaches and to you for reading this. To everyone who has been part of Drop Ship Lifestyle since 2013 which is when I first launched this thing... Which is absolutely crazy.

A few more things I’d like to mention is how this is actually going to benefit you if you’re a part of Drop Ship Lifestyle. Well, first thing is obviously bragging rights. Right?

This is official now! Shopify said it. We're the “Best eCommerce Course”. 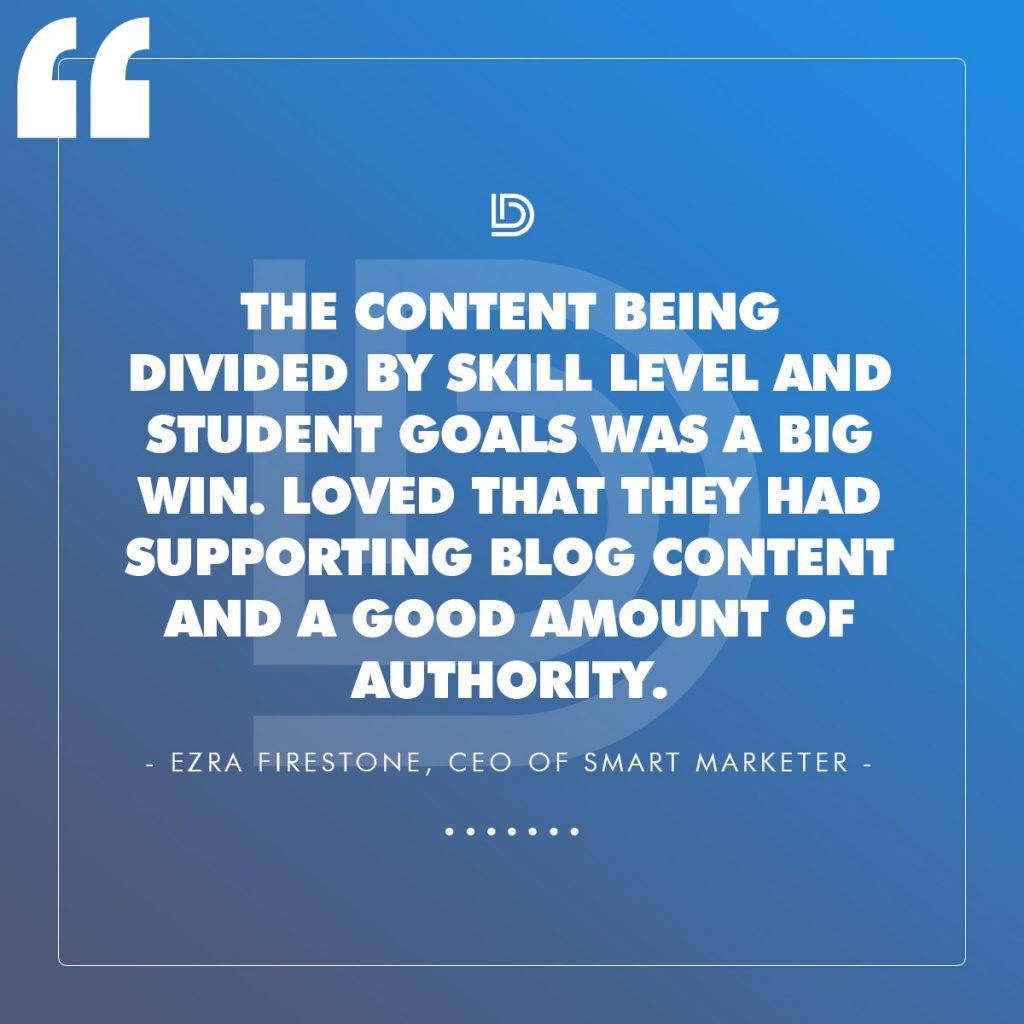 You're now part of the official best eCommerce training there is. In addition to that, there's some really cool benefits that come with this, like connections and networking opportunities.

And since we heard that we were probably going to win this a few weeks ago, I started speaking to all of these other eCommerce experts. A lot of them now are going to be coming here to our office in Austin, Texas, to film different training modules with me.

What's cool about that is if you're already part of Drop Ship Lifestyle, you're going to benefit from all the additional eCommerce training that we’ll add. And of course, as always, at no additional cost to you. We've been updating this eCommerce course training since 2013. And I'll keep updating it every single year.

Now there's a lot of other eCommerce leaders that want to be part of the best eCommerce course out there. So look for that in the members area. Look for updates via email if you are already a member.

However, there are even more benefits for you as a member of Drop Ship Lifestyle, the “Best eCommerce Course”...

Some of the benefits I'm not going to talk about too much because I want to keep them private. But I’ll announce them as we roll them out. 🙂

Though, a big one is if you are going to Shopify Unite in May, which is their annual conference in Canada. Part of what we get for winning “Best eCommerce Course” is getting to go there, accept the award on stage, and being a part of that conference. Which is pretty cool! We are even going to get a trophy for the award at Shopify’s conference.

I guess one more way that you could benefit from this right now is by actually going to the Shopify Award winners page, and go take a look at everyone that won the other Shopify Commerce awards.

Some of the other categories include winners recognizing the best in eCommerce:

So go check these all out to because you could probably get a lot of takeaways from them to implement on your own drop shipping store, which is pretty cool. You could see the best of the best with this roundup of eCommerce winners.

This is a short article this week, I just wanted to get it up there to make this official announcement. It definitely got me very excited (along with the whole team and the whole community).  This award has definitely gave us a big push to not just keep going, but keep going with even better content release regularly.

This topic was also covered in a previously recorded video on my YouTube channel.

How To Handle Dropshipping From Multiple Sellers

What is eCommerce? eCommerce 101 with Drop Ship Lifestyle

Anton is a the Founder & CEO of Drop Ship Lifestyle - an online coaching program for eCommerce entrepreneurs. He began selling online in 2007 and has built and sold multiple seven-figure businesses while leveraging the power of drop shipping.

Please log in again. The login page will open in a new tab. After logging in you can close it and return to this page.